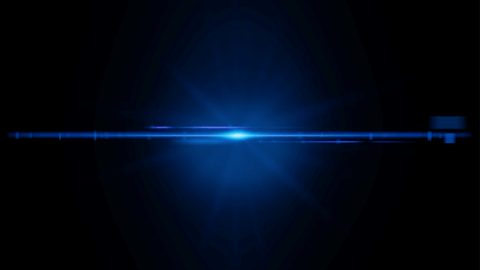 Whenever we face something that is new and different, fear is usually one of the first reactions that rises up in our hearts. Mark 5 tells the story of the synagogue official named Jairus whose daughter was sick to the point of death. He came to Yeshua (Jesus) and asked Him to come lay hands on his daughter so that she would get well and live. Along the way, others arrived from the official’s house saying, “‘Your daughter has died; why trouble the Teacher anymore?’ But Jesus overhearing what was being spoken, said to the synagogue official, ‘Do not be afraid any longer, only believe’” (Mark 5:35-36).1

Yeshua’s response deeply impacts us because we have many areas in our personal lives where we need a real touch from God. This synagogue official was also in that place of need. Although his daughter was dying, he obviously believed in healing. Yet before Yeshua could arrive and meet the need, the man’s daughter died. Now this man and the people with him were facing a realm they had never known before. They were beyond any assistance that their own experience could give them. Many had seen Yeshua heal a woman of a hemorrhage along the way, but now the official’s daughter was dead. That was when Yeshua said, “Do not be afraid.”

Fear and unbelief are like twins. They are very closely linked together. According to the book of Revelation, the fearful and unbelieving lead the parade into hell (Revelation 21:8, KJV). We all know the experience of walking along, believing to receive something from the Lord, when suddenly our circumstances turn into something we have never seen before. What is our attitude when that happens? People told the synagogue official, “Don’t bother the Teacher anymore. Your daughter has died. Now it’s impossible.” In our unbelief we just quit asking. It is not beyond His ability to help us; it is only beyond our ability to believe. Yeshua had to correct that attitude by saying, “Don’t be afraid. Only believe!” When Yeshua arrived at the house, He threw everyone but the parents and His companions out of the room because He did not need their unbelief. Then He prayed for the girl and raised her from the dead.

Yeshua told the people, “The girl is asleep.” To everyone else she was dead, but to Him she was merely sleeping. You may think your problems are beyond any help from God. But in His eyes, it is only a temporary state, waiting for the moment of faith when you “only believe.” The young girl’s father was part of the faith that raised her from the dead. Our circumstances are never beyond the bounds of what God is capable of doing. Yeshua said, “With people this is impossible, but with God all things are possible” (Matthew 19:26). The only thing lacking is our ability to believe. It is when the situation is impossible that we should believe the most. Fear comes with the feeling, “There is no solution. There is no way out.” Only believe! If we just believe, we will discover that God’s capacities go far beyond anything we have ever seen or known. To Him all things are possible. He is the One who “calls into being that which does not exist” (Romans 4:17). The only thing God is looking for is that we believe. If you have a need that seems to be completely out of the realm of possibility, repent of your unbelief and believe in Him.