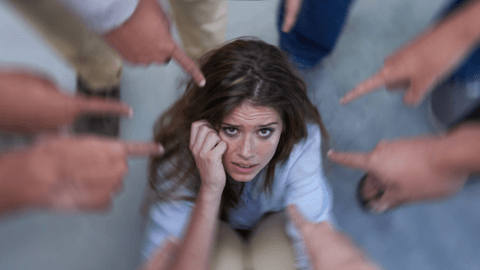 If you really want to see a powerful release of the Kingdom of God in this hour, prophesy the restoration of Israel and the Jewish people. God will restore Judah and Jerusalem to their rightful place (Joel 3:1-21). Whatever tragedies we have seen, whatever horrible events like the Holocaust have occurred, do not think satan is done and satisfied. The Jewish people are his archenemy because of who they are in God’s eyes, and satan has always jealously wanted to usurp that place. He wanted to be the apple of God’s eye (Zechariah 2:8). He wanted to be number one (Isaiah 14:13-14). Therefore, he was out to destroy those who were God’s chosen.

Personally, I believe that anti-Semitism is the methodology that satan has implanted in nations, peoples, and societies to accomplish his ultimate goal, which is the destruction of the Jewish people. Just read the Scriptures that describe the end-time. What are they about? They are about the rising up of nations to destroy Israel, to destroy the Jewish people (Ezekiel 38:14-16). Many of the Church Fathers were anti-Semites who said horrible things about the Jews. What these Church Fathers did has been handed down to us as the foundations for all our doctrines and creeds. We are their genetic offspring through generations of Christianity, so it is difficult to say, “We do not have any anti-Semitism.” One of the greatest anti-Semites of the Church was Martin Luther. He translated the Bible and wrote a commentary against the Jews that most pastors still have on their shelves today. In fact, by the time we get to the Holocaust, Adolf Hitler simply applied the writings of the Church Fathers about the Jewish people.

One main concept of Passover is that blood was placed over the doorposts of the home so the destroyer would pass over that house (Exodus 12:22-23). But when you read Exodus 12 and 13, you find another element that was essential to avert judgment and that was the search for leaven. Anyone who did not remove the leaven was literally cut off from Israel (Exodus 12:15). To avoid judgment, you had to be obedient to put the blood of the lamb on the doorposts and completely get rid of the leaven. Likewise—whether we think we have any anti-Semitism or not—we should get a candle and carefully search through the house of our own hearts and minds to determine if we have any leaven. Paul warns us, “A little leaven leavens the whole lump of dough” (Galatians 5:9).1 Christ also taught that the quality and personality of leaven is that it grows and expands (Matthew 13:33).

Leaven does not go bad quickly and will wait until it has just the right atmosphere to reveal itself. All you need is a little warm water, and it begins to grow. Many times Jews who had lived peacefully in a country and functioned as part of the culture were suddenly, for no apparent reason, faced with persecutions and pogroms that resulted in their death and destruction. All you can say is that the leaven of anti-Semitism was in the hearts of those people among whom the Jews were living, and it revealed itself in time. Let us not be arrogant or passive by saying, “This is not a problem for us.” Get down and investigate (Psalm 139:23-24; 1 Corinthians 5:6-8). God will “destroy all the nations that come against Jerusalem” (Zechariah 12:9). And He will judge anti-Semitism wherever He finds it. That is why God is warning us, “Get it out!”