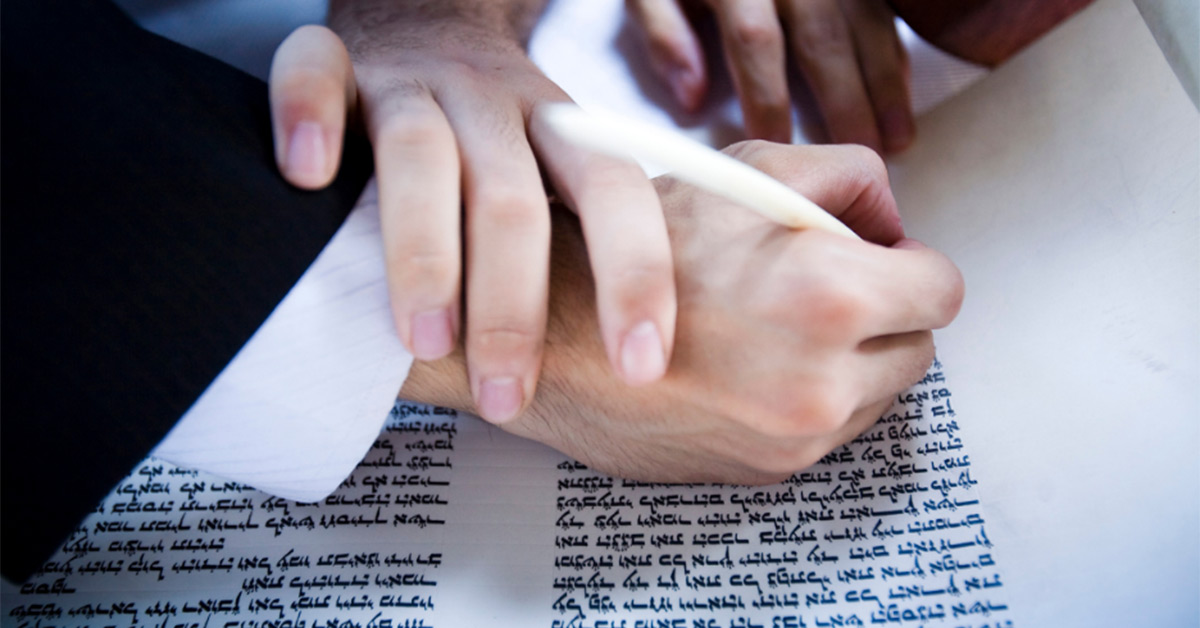 I want to open our hearts concerning the relationship Christianity should have with the Jewish people. Abraham believed God “and He reckoned it to him as righteousness” (Genesis 15:6).[i] According to the Brown-Driver-Briggs Hebrew and English Lexicon, the Hebrew word for righteousness means “righteousness as vindicated, justification, salvation.”[ii] That is very clear. Abraham received what we call salvation in Christ. He did not have to do anything to earn it; Abraham simply believed the unconditional covenant promises of God (Romans 4:3, 6–8).

As Christians, we must face the reality that God has made tremendous unconditional covenants with the Jewish nation, and we cannot simply sweep those away as if they do not exist. If we do, we are removing the very foundation of our faith as Christians, because Christ grafted us into this covenant with Abraham (Romans 11:16–18; Galatians 3:28–29). We must recognize “the unchangeableness” of God’s purpose toward Abraham and his seed forever (Hebrews 6:13, 17–18).

In the early Church, Jews were the teachers of the Gentiles. Yet, the way Gentile Christians have related to the Jews is that we are believers and they are unbelievers. Rather than evangelizing them by old church concepts, we need to live lives that prove Christ is the Son of God, the Messiah, and manifest God’s love to the earth. You can try talking to Jews until you are blue in the face, but our actions will speak much louder than our words. Manifest the love of Christ to them. Recognize that Jews are also children of God and have a unique relationship of their own with the Father. The misconception in Christian culture is that the Jews are not saved because they have not accepted Jesus. But if you argued salvation with a Jew during New Testament times, he would have had nothing to talk to you about because they recognized that they were already saved. Consider what Isaiah prophesied,

Behold, God is my salvation,
I will trust and not be afraid;
For the LORD GOD is my strength and song,
And He has become my salvation.
Isaiah 12:2

The coming of Yeshua (Jesus) did not remove the covenant promises of salvation that God had already made with the Jewish people. God is not a liar and He cannot go back on His Word. Isaiah also prophesied,

Israel has been saved by the LORD
With an everlasting salvation;
You will not be put to shame or humiliated
To all eternity.
Isaiah 45:17

The early Church focused on the Kingdom of God, rather than on salvation because they were Jews speaking to Jews who already had the covenant promise of “everlasting salvation.” It was not a gospel of salvation that was to be preached; it was the gospel of the Kingdom that was to be taken to the ends of the earth (Matthew 4:23, 9:35; Luke 16:16). The covenant of the Messiah has everything to do with His Kingdom reign on this earth. That is why when Christ ascended even the disciples were looking up scratching their heads, “I don’t get it. He was supposed to deal with these Romans.” Jews were looking for a Messiah who would establish peace in Jerusalem, bring salvation from their enemies, and remember His holy covenant He swore to Abraham (Luke 1:68–74). Instead, in A. D. 70, they watched the slaughter of thousands of Jews. So to Jews, how could Yeshua be their Messiah?

Both Jews and Christians are looking for the coming Messiah and when He comes, He will be the fulfillment of everything the Jews are looking for in salvation and deliverance (Daniel 7:13–14). So do not count them out. Again, we make the issue salvation, but for them the issue is the Messiah from the lineage of David who will rule as King on the earth (Isaiah 9:6–7; Jeremiah 33:14–18).

When you talk to Jews, encourage them to return to the LORD God of Israel, return to His Word, and return to their faith. That is different than telling them to accept salvation through Jesus in a Gentile context. Believing Jews love the Word of God and Christ is the Word of God made flesh (John 1:14). If we are filled with the Spirit of God, they will recognize Him in us. And I believe they will recognize Him when Messiah returns. When you see their love for God, and their love for His Word, you know they are loving the same God and the same Messiah that we are loving. Then the Lamb slain from the foundation of the world will have its absolute fulfillment for Jew and Christian alike.