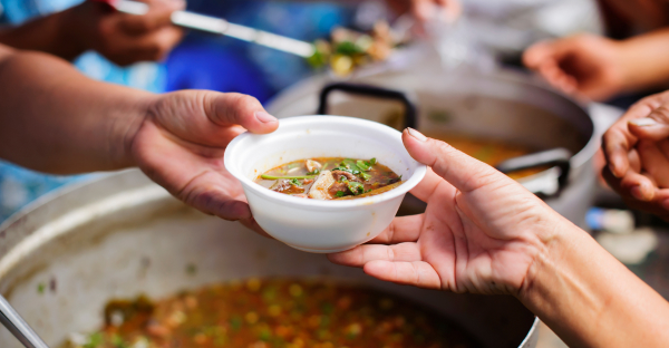 In the 1980s, Yad Eliezer opened its doors with the mission of meeting Israel’s growing needs. Now, more than four decades later, it is one of the nation’s leading poverty-relief initiatives, fighting diligently to help struggling families survive. With the help of volunteers and supporters from around the world, Yad Eliezer helps to bridge the nation’s poverty gap and provide much-needed aid to Israel’s less fortunate.

Yad Eliezer began as a humble neighborhood organization. Two elementary schoolteachers set out to provide food and nutritional support for families suffering from malnutrition in their small, poverty-stricken community. Originally the organization’s relief efforts were made possible by local donations gathered weekly by one of the founder’s daughters. Now, it has grown into one of Israel’s top poverty-fighting initiatives, operating around 20 poverty-relief programs facilitated by more than 10,000 volunteers.

Operating under the belief that everyone in Israel deserves a life of “dignity, self-reliance, and self-respect,” Yad Eliezer seeks to go further than merely providing immediate relief to the nation’s many struggling families. Through its many initiatives, Yad Eliezer distributes lifesaving resources, funds traditional Jewish celebrations for families who could not otherwise afford them, offers mentoring, delivers baby food, constructs educational enrichment programs for career advancement, provides financial aid, feeds the hungry, and more. The organization’s big picture works towards providing long-term, sustainable solutions that contribute towards permanently ending Israel’s poverty cycle.

Of its many humanitarian initiatives, Yad Eliezer is best known for its food distribution programs. For many years now, Israel has struggled deeply with poverty and hunger. A heartbreaking one-third of Israeli children reportedly go to bed hungry. Yad Eliezer’s food distribution programs, which target the country’s impoverished, seeks to prevent malnourishment and provide food to the nation’s hungry.

Yad Eliezer’s Meals on Wheels delivers hot meals to the nation’s many homebound residents. Outside of the program’s obvious mission of providing nutritious meals to aging and incapacitated residents, the Meals on Wheels Program also offers valuable social enrichment opportunities for those who may not otherwise receive sufficient human-to-human interaction.

Yad Eliezer’s Bread and Milk Program delivers essentials and key food items to impoverished Jewish families. Similarly, the organization’s Feed a Baby Program distributes much-needed formula to mothers of 2,000 Israeli babies per month, making it one of the organization’s most active food initiatives.

Each week, Yad Eliezer’s Food Box Program delivers discreetly packaged resource boxes to more than 5,000 impoverished families across the nation, many of which would not otherwise have access to fresh produce or nutritious food staples.

When it comes to food donations, overseas support is absolutely crucial to Yad Eliezer’s efforts. Of all the food collected and distributed by the organization, approximately 50% is purchased wholesale, using funds donated by international sponsors such as Hargrave Ministries. Without these overseas contributions, many families in Israel would go hungry without help.

If you feel called to help us bolster Yad Eliezer’s fight to end the poverty cycle in Israel, you may make your donation online through Hargrave Ministries. 100% of your donation to Yad Eliezer will go directly to support their programs. Please give generously.

>>CARE FOR THE POOR IN ISRAEL