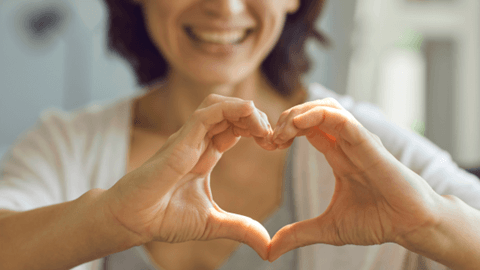 God’s true purpose is to use His children to draw the rest of humanity to Himself. In a sense, you could say that God wants to make the world jealous by the way He treats you. He wants you to be a sign of being distinct from who and what they are. “You will again distinguish between the righteous and the wicked, between one who serves God and one who does not serve Him” (Malachi 3:18)1. People should be asking you, “What is going on with you? You are so different. I see it in your countenance. I see it in your health. I see it in your life. You are blessed. I see a distinction between you and everybody else I’m passing. I don’t know what you’ve got, but I have to have that!” Then you can respond, “Well, let me tell you about the Lord. Let me introduce Him to you because what I have is available to you.”

We should be clothed in the glory of the Lord. At some point, His glory will be a physical, tangible anointing that rests upon us. Adam and Eve had that before the Fall. The glory was so thick on them that they could not see their physical bodies. They were literally cloaked with the glory of God. When they sinned it went away, and they saw their nakedness for the first time. But Yeshua (Jesus) came to ransom us back to the Father and restore that glory. He said, “Father, I want them to see My glory. I want them to have My glory” (see John 17:22-24).

The story of Passover was about God making a distinction between His people and all the other peoples of the earth. God said, “The blood shall be a sign for you” (Exodus 12:13). Signs had to take place. Otherwise, Pharaoh could not make a decision and harden his heart. When Yeshua came and performed signs and wonders, they had a purpose. We get excited about seeing signs and wonders. But a sign is for something deeper than that. Where there is a sign, people are enabled to make a decision. The redemption and salvation that we receive in Christ is a sign of something to the world. God came down and literally delivered us out of the bondage and sentence of death. He paid the price. So there must be a distinction that comes on God’s people by virtue of that deliverance, that redemption, that salvation.

If the world cannot experience a mighty people, then why would they ever come to God? They would be too satisfied with the world around them. If God wanted His people to leave Egypt and come to Him, He needed a sign of something bigger than all the wealth and splendor surrounding them. Likewise, this age must have a sign that is bigger than everything they are worshipping. The slavery today is far more insidious. But God is not a respecter of persons. If He gave a sign to that generation in Egypt, why would He not give a sign to this generation? There needs to be a distinguishing between God’s people and those of the world. The earth must have a sign that He lives! Unless His anointing is on us there will be no distinction. If the world does not see a distinction, we will have lost the whole game. Lord, give this generation a true choice to walk with You, to love You, and to pursue after You.