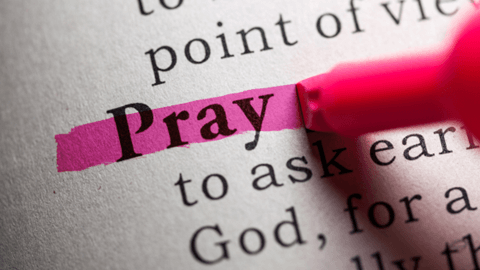 The story of Jonah is a dynamic lesson of guidance for us in these end times. Nowhere else in the Hebrew Scriptures do you have God telling a Jewish prophet to go minister to a Gentile nation. It shows how God is driven to minister to the world and bring His grace to them through the Jewish people. Assyria was a great world power, yet Jonah was told to go to the nation’s capital of Nineveh and cry judgment against them. Jonah knew God would relent and show mercy and did not want to look foolish, so he fled to Tarshish (Jonah 1:3, 4:2). But God dealt with Jonah’s reluctance by appointing a great fish to swallow him. After spending three days in the belly of the fish, Jonah prayed, had a change of heart, and the fish spit him out on dry land (Jonah 1:17, 2:10).

If you are not familiar with the story, go back and read the book of Jonah. In chapter 3, we see that it took Jonah three days to walk through the city and proclaim what God was saying. As a result, the people of Nineveh believed in God and the entire city put on sackcloth. The king of Nineveh also got off his throne, covered himself in sackcloth, and sat on the ashes. Then he issued a proclamation: “Do not let man, beast, herd, or flock taste a thing. Do not let them eat or drink water. Both man and beast must be covered with sackcloth; and let men call on God earnestly that each may turn from his wicked way” (Jonah 3:7-8)1. God had been working with Assyria for a long time. They were His people and His creation, and He had a plan that He wanted Jonah to be part of. But Jonah was mad!

I am deeply concerned about the Body of Christ. So many Christians have read the Left Behind Series that if it does not happen the way they are anticipating, their faith and relationship with God will be destroyed. Those who believe in the Rapture are not preparing for anything other than leaving the world in its situation. We can become so vested in our minds about what God is going to do that we may miss a broader aspect of what He ultimately intends to see happen in His plan. God is trying to teach us how to relate to the world scene and mold us into an instrument He can use. What if the book of Jonah is actually prophetic of the world in our time? The Body of Christ could be such a testament of God’s love for the world that it could literally turn their hearts to Him.

In one respect, I wish we could be like Jonah and say, “Yes. You’ve got me prophesying judgment, but You’re going to bring grace.” God is the Father of the universe. He is the Great Creator, and He loves His creation. God has an unchanging love, and His motivation and motivator is love. He wants to see mercy triumph over judgment (James 2:13). Therefore, His ultimate plan is love and absolution. He is looking to turn the hearts of the people to Himself. The Church recognizes God’s anger and wrath, but I do not think we have perceived God’s heart of love and His ultimate plan that in a moment He could change everything into a program of grace and forgiveness. Our cry should be, “Lord, let this world respond like Nineveh!”