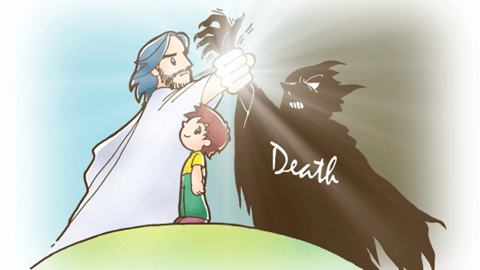 Yeshua (Jesus) referred to satan as the ruler of this world when He said, “Now judgment is upon this world; now the ruler of this world will be cast out” (John 12:31)1. Satan was kicked out of heaven and thrown down to the earth; he was not strong enough and there was no place found for him in heaven (Revelation 12:7-12). We must follow the same pattern that Yeshua did in heaven by appropriating all that He is, all that He has done, and all that He has created in the Kingdom of heaven.

When satan was cast down, he established his government and fully entrenched himself in the earth. If we are going to cast satan out, we will find him in seven strategic realms: government, religion, the arts, finance, science, education, and health. He has fortified these realms into walled cities that have become the key elements of his kingdom in the earth. He is well ensconced, and his perverted authority is well protected in each of these realms. From that position of strength, he is fighting the sons of God in order to stay in control of the world. Remember, it was not only satan who was cast down out of heaven, but a third of the angels of heaven were cast down with him (Revelation 12:4). That is why the Scripture tells us that our battle is not against flesh and blood, but against principalities and powers (Ephesians 6:12, KJV).

In his rage to destroy us, satan comes against us one way as a united force but he will be defeated and flee from us seven ways. Deuteronomy 28:7 says, “The Lord shall cause your enemies who rise up against you to be defeated before you; they will come out against you one way and will flee before you seven ways.” This Scripture is our prophetic proclamation that satan’s pursuit of us ends, and our pursuit of him begins. Although many times it appears as if the enemy is winning, the moment will come when the battle turns in our favor (Daniel 7:21-22). The enemy who rises up against us will be defeated before us. He will come out against us one way, but he will flee seven ways. There will be no Kingdom of God in the earth without satan being cast out. The devil has come against us, but we will pursue him and run him out of every place that he has sought to create a fortress. Our weapons are powerful for the destruction of fortresses (2 Corinthians 10:4).

We are to rule and reign with Yeshua on the earth (Revelation 5:10). This does not necessarily mean that we will hold positions in government. We do not have to be a senator, or a congressman, or the president, but rulers will look to us as they did to the prophet Daniel (Daniel 1:19-20). They will look to us as they did to Joseph in Egypt. Only in the throne was the authority of Pharaoh greater than that of Joseph (Genesis 41:39-40). We do not need to have a title, but we will have the authority. We will have a voice, and we will determine how things will be established. Who is going to put an end to satan? You will! Have an intensity in your spirit because it is the time. We pursue satan and see him cast out of this earth, just as he was cast out of heaven. We will not rest until it is done.