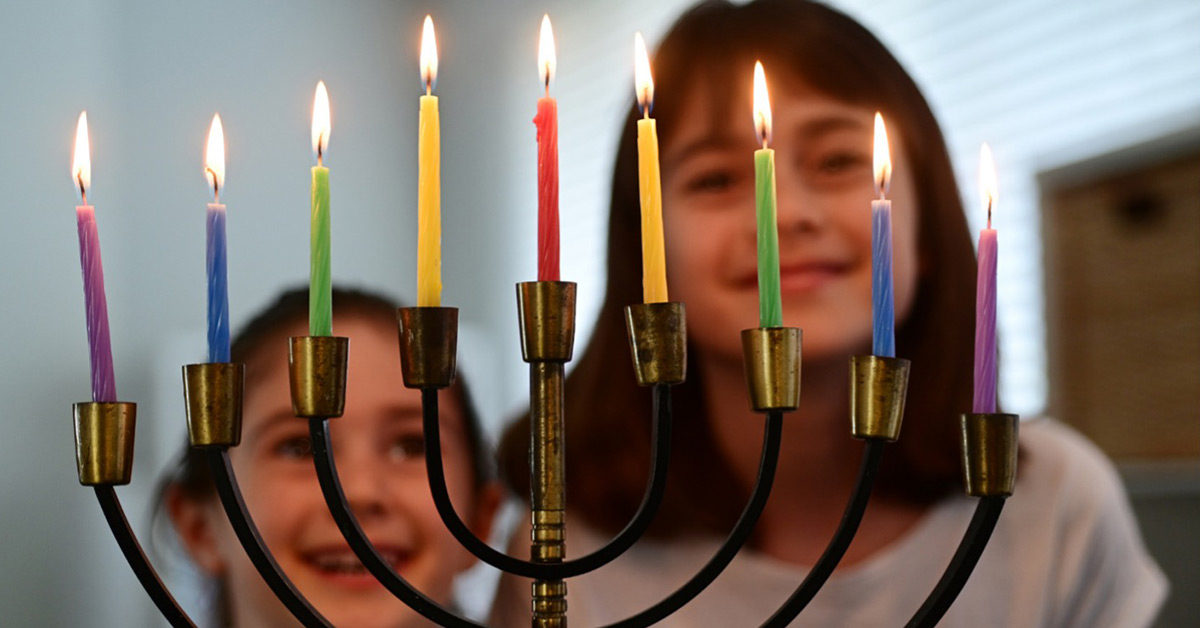 We know that we are not to be conformed to this world and its thinking, but to be transformed by the renewing of our minds (Romans 12:2). Yet we live in a society today that is determined to challenge our faith, move us away from our Christian values, and enculturate us into a different way of life. Centuries ago, the Jews faced a similar dilemma when Antiochus IV Epiphanes, the Hellenistic king of the Seleucid Empire, severely persecuted the Jews and was determined to destroy Judaism. Further, the king commanded that anyone following the laws of Torah was to be put to death (1 Maccabees 1:57).

In his drive to defile the Temple in Jerusalem, Antiochus turned it into a temple of worship to the Greek gods and sacrificed swine to Zeus on the altar. Additionally, he outlawed Sabbath celebrations, circumcision, and other important religious practices. The Jews were publicly forced to eat swine as a proclamation that they were following the Greek ways. This pressure continued until a small band of farmers decided to take a stand in what is known as the Maccabean Revolt (167–164 BC). Led by the priest Mattathias and later by his son, Judas the Maccabee, these brave Jews refused to worship pagan idols or make sacrificial offerings in exchange for special privileges. With the help of God, they started a riot that recaptured the Temple and purified it from its defilement, leading ultimately to Israel’s independence from the Seleucid Empire. In doing so, the Jews held to the purity of their faith and fought against the Hellenistic influences within their society.

Known biblically as the Feast of Dedication, Hanukkah celebrates this victory of the cleansing and rededication of the Temple after its defilement by Hellenism. The Hebrew root of Hanukkah means “dedication” (Ezra 6:16). In John 10:22-23, we read, “At that time the Feast of the Dedication took place at Jerusalem; it was winter, and Jesus was walking in the temple in the portico of Soloman.”[i] Therefore, we know that Christ participated in the Hanukkah celebration because He was in Jerusalem on the Temple Mount during the Feast of Dedication. We also know that it existed long before the celebration of Christmas. Hanukkah is important because it reminds the Jewish people to stand strong when their faith is being put to the test.

Additionally, Hanukkah reminds all believers not to be conformed to this world. When our culture runs contrary to God and to His Word, we are not to follow its beliefs or its way of life. When the Jews cleansed the Temple, they made everything new. They brought in new stones, made new holy vessels, and burned incense and offered holy sacrifices on the altar as instructed by the Law of Moses. The Temple was rededicated with songs, harps, and cymbals. All the people fell on their faces and worshipped God who had prospered them. They thanked God that this little band of farmers had won the war against the mighty invading army and saved Judaism from being Hellenized into a pagan religion. Thus, the Jews preserved the ways of their fathers and the purity of their faith. This is certainly something worth celebrating!

I encourage you to celebrate this feast with the same spirit that was on the Maccabees, who refused to be converted into Greek pagans. Over several decades, we have watched a slow change in our culture as well, but we can go in and cleanse the Temple; we can establish God’s ways and preserve the scriptural patterns of our faith. Like the ancient Maccabees, we must rededicate and purify everything that has been touched and destroyed as satan attempts to bring about his purposes in our world. We can rededicate our lives and by the blood of Christ cleanse what has been defiled. As we celebrate this Feast of Dedication with the Jews, it should bolster our faith as well. Celebrate it with the same spirit in your heart that was on those early believers who refused to be converted into something that was against the will of God and against His teachings. As the Body of Christ, let us stand against everything that tries to tear down our faith, our beliefs, and our way of life.